An Overview of Canada’s Accessibility Laws: A Look at the Old and the New

Editor’s Note: This post was originally published in March 2018 and has since been updated for accuracy and comprehensiveness pertaining to the latest Canadian accessibility standards and regulations – specifically, The Accessible Canada Act (Bill C-81) that received unanimous support in the House of Commons in May of 2019. The most recent update was performed in November 2021. 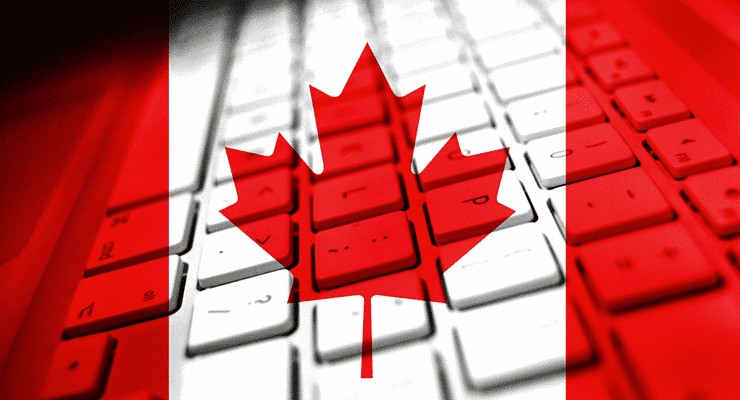 More than 6 million Canadians over the age of 15 have one or more disabilities of some kind, whether it’s related to hearing, vision, mobility, memory or other. That’s one in five, or 22%, of the country’s population, according to Statistics Canada. For these individuals, being able to participate in society on par with their fellow citizens – shop in the same places, learn at the same schools, read the same online information – is a fundamental right. Accessibility laws are written to protect and enforce those rights.

Canada has long had legislation that bans discrimination against people with mental and physical disabilities. However,  historically, disability policy in Canada has often been grouped with various other types of discrimination, such as ethnicity and gender. These laws exist on the federal and provincial levels of government and apply to different areas of social inclusion.

Federal and provincial legislature has continued to pass disability-specific laws to make it clear what website owners need to do to ensure they are providing equal accommodations for  people with disabilities.

So, what’s the history of disability policy in Canada and how has it evolved? First, let’s look at the accessibility laws in Canada that have been in place for the longest amount of time. The following list includes some of the more prominent laws, many of which have been amended as recently as 2021.

Is your site legally compliant?

The Canadian Charter of Rights and Freedoms

This section of the Canadian constitution guarantees everyone equal protection under the law. It bans discrimination and emphasizes a few specific groups, including people with a “mental or physical disability.”

This law prohibits discrimination or harassment that is based on any of 11 different grounds, including disability. The law protects those employed or served by the federal or First Nations governments. Companies in the private sector that are federally regulated, such as banks and broadcasters, are also covered by this human rights law. These companies, for example, must distribute mobile apps that can be used by all customers.

This law requires federally regulated employers and crown corporations to eliminate barriers that prevent people with disabilities (and other designated groups) from participating equally in the workforce. It also calls for these employers to provide accommodations, such as ensuring the technology used to perform a job is accessible.

This law prevents public-sector employers in Quebec, including schools, healthcare providers and public transit, from discriminating against employees and potential employees with disabilities. It also requires employers to report on how many of their employees belong to protected groups (including those with disabilities) in order to create data on underrepresented groups so that hiring practices can be made more equitable.

Each individual Canadian province or territory has a human rights act. These laws are important because they make it illegal for discrimination against people with disabilities to occur in a host of areas, such as the provision of goods and services, employment and housing. Like other laws we’ve listed, these human rights acts name multiple grounds of potential discrimination, not just disability.

In Ontario, for example, the Human Rights Code prohibits actions that discriminate against people based on a protected ground, such as age, race, marital status, gender, sexual orientation, disability, and others. It also prohibits actions that discriminate based on social area, including things like accommodation, employment, memberships in unions, and more.

Canada and a few of its provinces have since been developing legislation that focuses specifically on the rights of people with disabilities, instead of grouping these rights together with other minority groups. These laws are expected to do even more to ensure accessibility for Canadians. Here’s a snapshot of what’s been happening more recently with disability policy in Canada:

Passed in 2019 in both the House of Commons and the Senate of Canada with unanimous support, the Accessible Canada Act is transforming how the Government of Canada addresses accessibility across the country. It applies to Parliament, Crown corporations, the federal government and private sector businesses under federal jurisdiction, such as banking, telecommunications and transportation.

Organizations falling under this policy’s regulations still have flexibility on how to implement the policy. Eventually, specific requirements for how to remove barriers will be decided by the Canadian Accessibility Standards Development Organization (CASDO), with a goal of making Canada fully accessible by 2040.

The Accessibility for Ontarians with Disabilities Act (AODA)

The AODA became law in 2005 in Ontario. As such, it has been on the books longer than any other  legislation of this kind in Canada. The AODA makes it compulsory for the public and private sectors to follow established sets of accessibility standards when dealing with the public. The standards fall into five categories: information and communications; customer service; transportation; employment; and design of public spaces.

The Information and Communications Standards, Section 14 (“Accessible Websites and Web Content”) outlines requirements to ensure that web content follows the technical standards of WCAG 2.0, and that people with disabilities do not face barriers online. AODA also goes further than other accessibility policies in Canada in that it not only requires public spaces to be more accessible, but also requires that businesses train their staff in accessibility, referred to as AODA training.

The Accessibility for Manitobans Act

Manitoba’s provincial accessibility legislation was passed in 2013 as part of its goal of making Manitoba accessible by 2023. The Act’s structure is similar to Ontario’s law: It currently focuses on five mandatory accessibility standards that apply to both the public and private sectors. And, like the AODA, it includes an Accessible Information and Communications Standard to ensure accessibility of information, including online information.

In 2017, the province of Nova Scotia passed its own legislation aimed at developing accessibility standards in five areas, including information and communication. In defining “barrier,” the act specifically mentions potential barriers in technology. Along with the new legislation, the provincial government announced a grant program to help small businesses remove barriers for individuals with disabilities.

Other provinces are expected to follow suit with their own accessibility initiatives. In British Columbia, for example, the government is taking steps (PDF) toward its proclaimed vision of “Accessibility 2024,” with the goal of “making British Columbia the most progressive province in Canada for people with disabilities by 2024” – including a fully accessible Internet. The government itself has already committed to ensuring that its online content and apps adhere to the technical standards of WCAG 2.0.

In other provinces and territories, including Saskatchewan and Yukon, disability advocates are putting pressure on their own governments to pass accessibility legislation. Canada’s Honourable Carla Qualtrough, who worked on the federal legislation, is quoted as saying: “What many provinces have told us is, once we do our law, they will then do a mirror image in their province.”

eSSENTIAL Accessibility has developed a comprehensive accessibility solution to help organizations conform with the WCAG guidelines and achieve and maintain compliance with Canadian accessibility laws. While WCAG 2.0 is often referenced in legislation, we follow the more recent 2.1 standards.  To determine whether your assets comply, request our WCAG 2.1 Checklist, which features a checklist-based set of guidelines that will help you focus your accessibility efforts.

Rather get started right away? Request a demo with an accessibility expert.